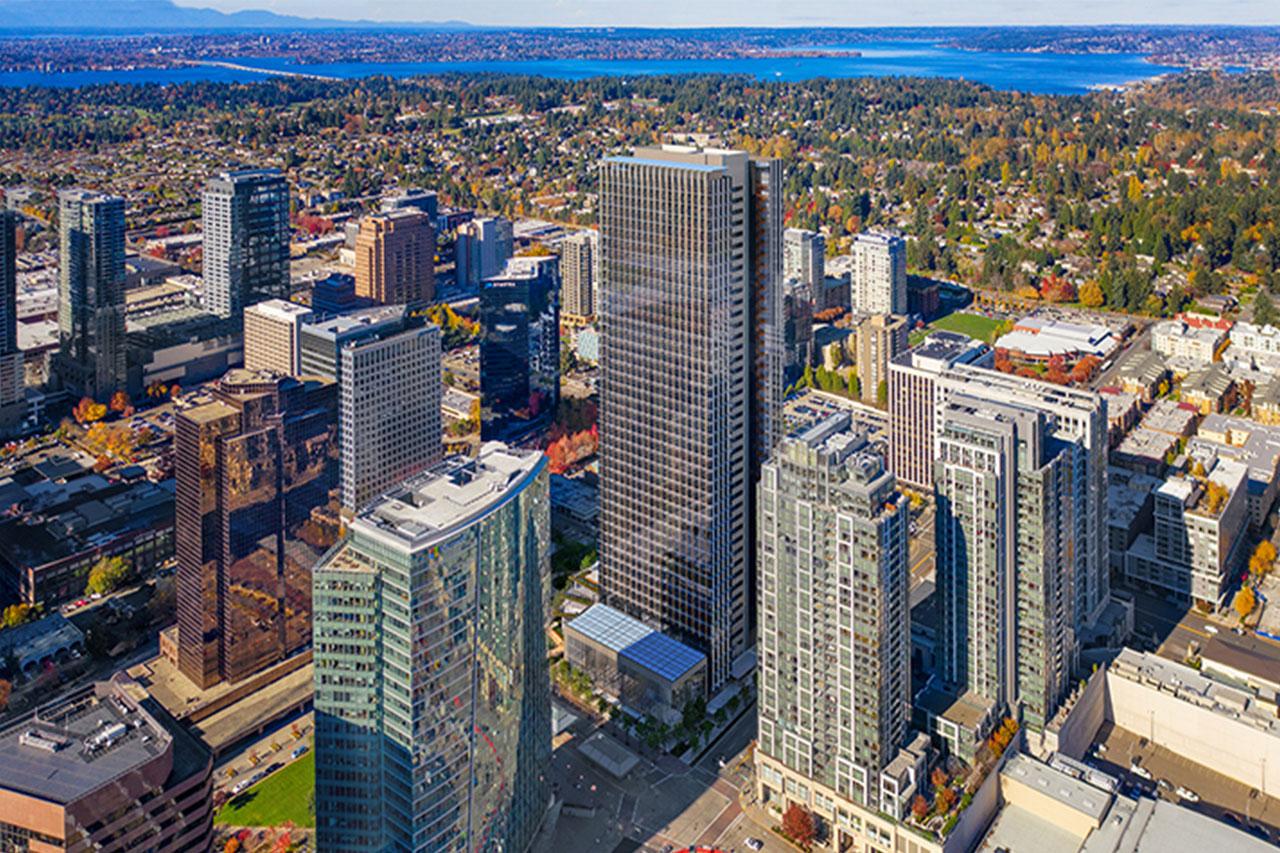 Amazon already has a major footprint in the Bellevue, with some 2,000 employees, but the e-commerce giant is continuing to expand its workforce in the city, with plans to create 15,000 new jobs over the next few years.

Amazon has been on a hiring binge nationwide. Founder and Chief Executive Officer Jeff Bezos said the company has created more than 300,000 new jobs over the past decade ― and now employs more than 650,000 people worldwide, including more than 50,000 in Seattle.

Its first office building in Bellevue opened in 2017 and Amazon says it is designing its expanding office presence with an eye toward ensuring easy access to public transportation and minimizing the company’s carbon footprint ― seeking LEED Gold certification or better for its own real estate developments in the city.

“After more than a year of partnership with Bellevue’s urbanists, city planners, and real estate professionals, we are on track to create more than 15,000 new jobs in Bellevue over the next few years,” Amazon says in a blog post on its website.

The company says the buildings housing its fast-growing Bellevue workforce will be located within 0.5 miles of new Sound Transit Link Light Rail station in downtown Bellevue and within 10 minutes walking distance of each other. In addition, employees will be provided with free ORCA passes and also be eligible for company-subsidized ride-share carpool options.

“In Seattle, more than 50% of our employees either walk, bike, or take public transit to work — and over 70% of them use a mode of transportation other than a single occupant vehicle for their commute,” the blog post says. “In Bellevue, we want to build on our green mobility record.”

A version of this article was first published on Seattle Business Magazine by Bill Conroy.